Michael's Shaping His Own Path to Net Zero

Did you know that changing your search engine or even sending just one-less email a day could make a significant impact on reducing your carbon footprint?

As part of this year's Net Zero Week taking place from 2nd to the 8th July, we're sharing a host of content on various aspects of Net Zero.

Today we look at how one of our LASER Account Managers is tackling his carbon footprint away from the office.

LASER Account Manager Michael Sjollema knows just how big making little changes can be when it comes to reducing your carbon footprint, and he has spent the last couple of years adapting his lifestyle to be more carbon neutral.

Michael’s role sees him on the road visiting customers, so, naturally, this was the first area where he could make a large, positive impact by using Shell garages to fill up his car.

By using Shell’s free ‘Shell Go+’ app, which Michael scans after each refuel, he’s been able to offset his carbon emissions from his travels and has offset the equivalent of a return flight from London to San Francisco – 5.5 tonnes!

To offset the carbon used, Shell pay to both protect and replant forests on their users behalf.

“Switching to the Shell Go+ app was such an easy change to my routine, and it really made me look at all the other little things I do that affect my carbon footprint. I started to look at what could be easily switched or what habits I could change with little or no effort to make a difference”, he commented.

When not on the road, Michael looked at other ways to make an impact.

Changing his search engine to Ecosia – a not for profit search engine that uses the revenue from ads in searches to plant trees – was an effortless fix, and by deciding to not send emails that could be done in person, Michael was well on the way to making a vital impact on the environment.

“I remember reading that if every adult in the UK sent one fewer email a day, then we would save over 16,000 tonnes of carbon a year. That’s 80,000 flights to Spain!” said Michael.

“Again, not replying “Thank you” to just one email seemed such a small change to make in my working day that it would be silly not to adopt that habit to help the environment." 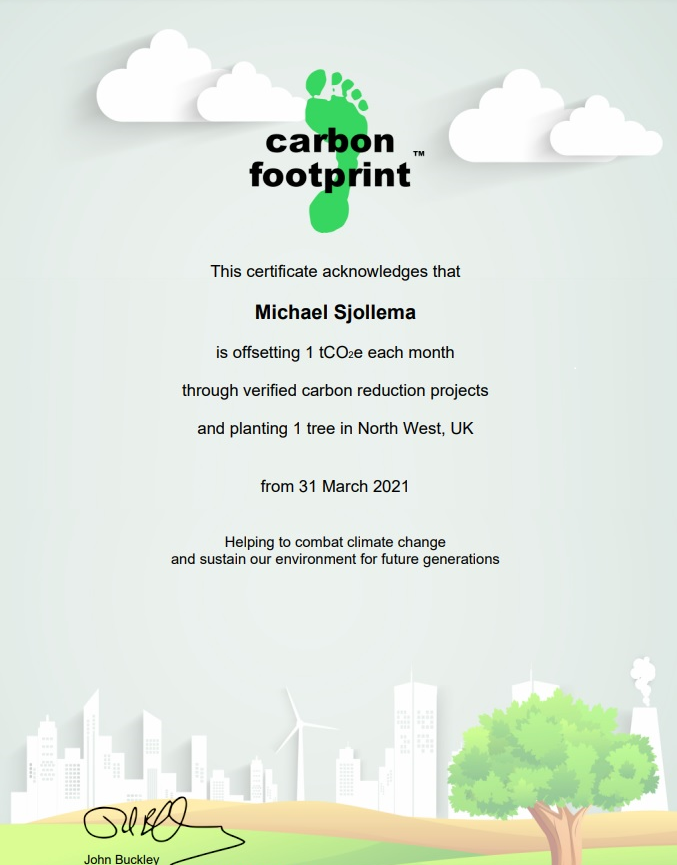 Michael’s habits didn’t just stop at when the clock hit 5’o’clock. He took his carbon-saving mindset home with him.

His family have been offsetting 1 tCO2e each month since March 2021 (you can see their certificate to the right), resulting in a further 15 tonnes saved.

They’ve done this by consciously using energy saving methods like non-finite electricity, such as solar panels, and making healthier lifestyle choices by walking or cycling rather than using their car.

Michael’s last big change would be an Electric Vehicle (EV) and is currently looking to switch his ICE work car to an EV.

Michael is the prime example of how making small differences can lead to big things, and we cannot wait to see what environment-saving steps he’ll take next.

When Michael isn’t looking after his customers or looking at what EV he’d like to drive, he enjoys spending time with his family, reading His Dark Materials, and boxing down his local gym.

His top three favourite films are Good Will Hunting, Interstellar and the Harry Potter Series, and his favourite food is a Beyond Meat ‘This Isn’t Bacon’ and Blue Cheese Burger. 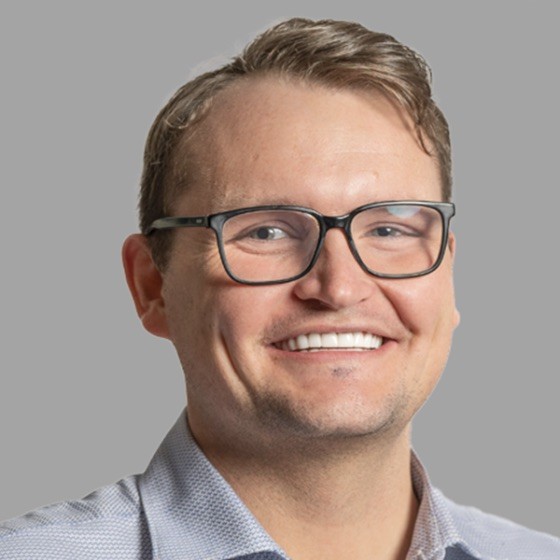 Want to explore Net Zero for your organisation?

If this has got you thinking about net zero, and how your business could be more "like Mike", then please contact us today!