In February we attended the GLL Staff Awards and sponsored their Environment Award once again. In this blog we share the results of the night.

On Friday 9th February, we attended the GLL Staff Awards, a ceremony recognising GLL’s most talented individuals. Sponsoring the Environment Award for the second time was a great privilege to us, and we couldn’t be happier for London East Facilities Maintenance team for winning this prestigious award.

GLL is a charitable social enterprise which offers community leisure centres and fitness facilities across the UK. Founded in 1993, the first new model of its kind opened to assist Greenwich Council run their leisure centres in a more cost efficient way. GLL now manages over 250 public sport and leisure centres and 57 libraries. They are in partnership with more than 30 local councils, public agencies and sporting organisations.

The Environment Award was created for nominees who have dedicated huge amounts of time to reducing energy consumption and doing their bit to protect the environment as a whole. There were three finalists in the environment category including; London East FM team, West Region Facilities Maintenance team and Beacon Sports Centre. As GLL’s energy buying group, LASER were delighted to once again sponsor this award.

As described by GLL, the London East FM team have followed a strong 2016 performance with a step up in Energy Management and monitoring in 2017. The team have worked with local partners to significantly reduce consumption at the Legacy venues on the Queen Elizabeth Olympic Park as well as specific property work across the area. In addition, London East FM team have worked with contractors to achieve a wide range of LED lighting projects across the region as part of ongoing improvements and refurbishments to reduce electricity consumption.

The region has performed well consistently with reductions in energy use, achieving savings on gas of 5.21% or over 2.5m kWh and electricity of over 5% year on year reducing usage by over £1m kWh. The region has significantly reduced its Carbon footprint in 2017 with Carbon Savings of nearly 1,000 t/CO2 and associated financial savings of over £200,000 by October 2017. 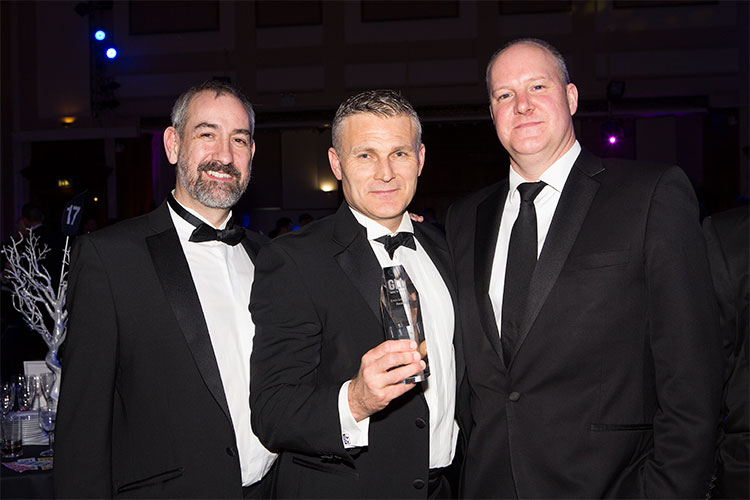 On 14th June 2017, tragedy struck as the Grenfell Tower fire broke out leaving 79 dead and many injured. With limited resource, little time and panic ensuing, the Kensington Leisure Centre team stepped in to help those in need, supporting the families of Grenfell and their community. The team was awarded the GLL Staff Pride Award which was received with a standing ovation by all who attended the awards dinner.