Three LASER team members joined Energy Live News to take part in their 1000K Power Ride challenge. Read all about the day and how the team did below.

The Power Ride was set up by the Energy Live News team to raise awareness for Parkinson’s UK, a charity close to their hearts due to personal circumstances. Every year, the team get together for a cycling challenge across England. In 2014, they cycled from London to Yorkshire and in 2015 they cycled the ‘Ride London 100’.

A new year, a new challenge and for 2016 the ELN team decided to set the 1000k Challenge held at the Redbridge Cycle Centre, raising awareness not only for Parkinson’s UK, but also for the devastating earthquake that struck Nepal early last year.

25th April 2015. A devastating 7.8 magnitude earthquake struck between the capital city of Kathmandu and Pokhara killing nearly 9,000 people and injuring roughly 22,000 leaving the people of Nepal in a state of emergency. With short supply of water, electricity and shelter; help and supplies from all over the world were flown into the country. Despite the immediate assistance of other countries, the fight continues to help re-energise and re-shelter the people of Nepal. Using fun and inventive ways, Energy Live News has been raising money for this great cause! 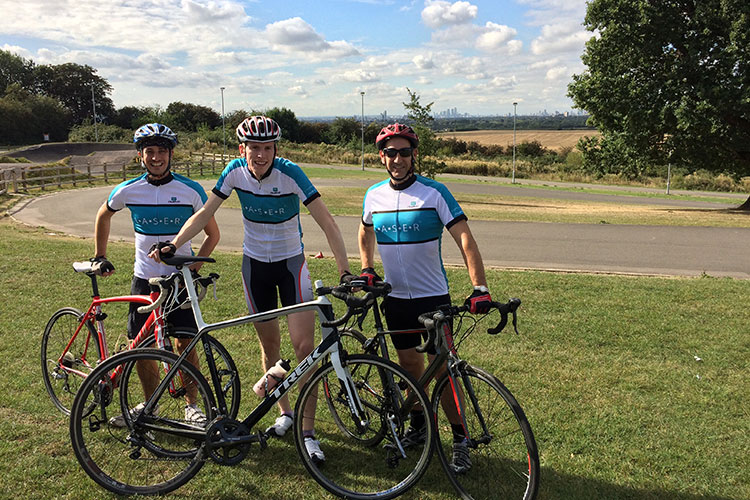 Why we took part

When LASER first received the email from the ELN team explaining the challenge, we immediately thought what a great opportunity this was to be involved with a fantastic cause and do something we love. We have a few avid fitness fanatics and cyclists among our team here at LASER so our first thoughts directed immediately to Matt Hull; a National level cyclist who rides as part of a sponsored team. Andy Morgan and Jack Chandler are also two great additions as Andy loves to cycle in his spare time, and Jack often competes in marathons. The team couldn’t wait to get involved and help raise money for Parkinsons UK and Re-Energise Nepal.

Our Marketing Assistant, Sam Lacchin was present throughout the day to report on the events taking place. Here is the event diary:

10:35am and the preparations have already begun for the massive challenge ahead! As a collective, the riders were aiming to cycle 1000 kilometres (roughly 621 miles) in one day ending at 4:00pm that afternoon. Quite a big challenge if you ask me, but our team were ready and raring to go, and with ELN paying £1 to each charity for every kilometre completed, they knew how much they could raise if they pushed themselves that little bit further.

10:44am and the riders begin their challenge. On a beautiful day and with a view that overlooks central London, the spirits were high among all of the cyclists. A short interview with Jack Chandler revealed however that he was now “slightly dubious” about his personal 70 mile target after realising that there was a rather nasty hill. “I can see a few people panting as they’re coming up the hill already.”

11:18am, Jack and Andy once again climbing the dreaded hill Jack was so concerned about. These two supported each other and pushed themselves to get the highest amount of laps possible, a great testament to their spirits and friendship. The efforts of both riders provided them with 39 laps each, equalling to a massive 50 miles! A Fantastic achievement! When asked what his personal highlight of the day was, Andy confidently admitted that the cake breaks were the “best bit”, but we all know it was his hunger for mileage which kept him energised!

Matt Hull also didn’t expect the hill on the final stretch, but when interviewed before the race, told us that he was “looking forward to getting started” which is true testament to his passion for cycling. Matt continued by saying that he was aiming for 150 kilometres. “If I could get 100 miles it would be really good.”

But wait… Where is Matt?

12:13pm and Matt was soaring ahead, already conquering multiple laps, he was determined to raise as much money for these two charities as he possibly could! Having only stopped twice, Matt ended the day completing a total of 69 laps equalling an incredible 85 miles! Unbelievable! Well done sir!

04:00pm and the riders have well and truly smashed the 1000k target! With a grand total of 1,446 kilometres, everyone who took part in this charity fund raising event can give themselves a massive round of applause for such a great effort. Andy, Matt and Jack have outdone themselves and despite some achy legs the next morning, deserved a long and rested weekend.

Congratulations again to everyone who cycled this 1000k challenge. It was tough, but you managed to raise a lot of money for these two great causes. A big thank you also goes out to everyone who sponsored our cyclists; you helped the ELN team raise over £1,200 for the two charities! 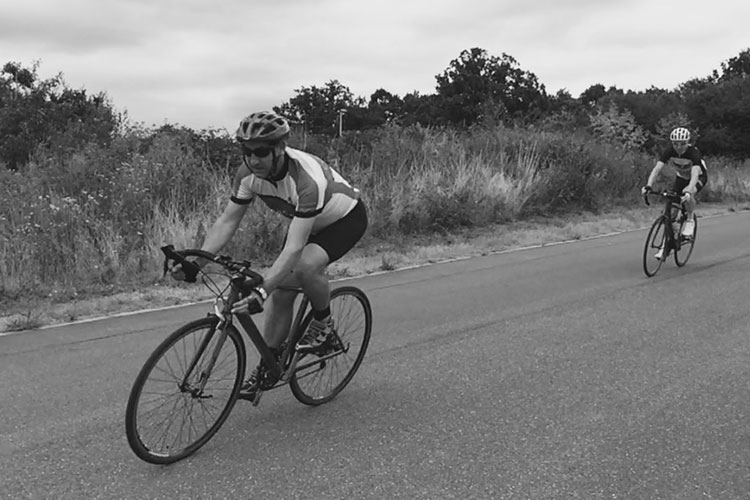 Job role: I look after LASER’s services which focus on energy efficiency including our Bureau, LED Lighting and Energy Surveying services.

About me: I grew up on the Essex coast and still love the feel of sand between my toes and freezing cold water round my ears.

Interests/hobbies: My children dictate most of my free time but I do sneak out on my bike at any opportunity – unless its raining in which case I’ll be in the garage tweaking, fixing or cleaning a bike and dreaming about next year’s cycling challenges. I also chair the group council of a local youth group who meet and provide activities outdoors, whatever the weather, all year round. 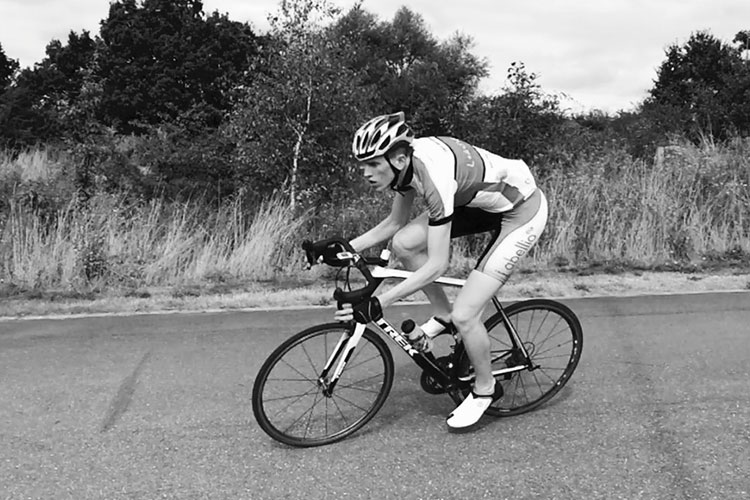 Job role: To project manage the development of LASER’s water framework for 2017 whilst helping to establish our water bureau service.

About me: My work focuses on putting together LASER’s water framework, my passion within this is helping local authorities reduce their current consumption. I have enjoyed working for various charities, including spending 5 months working in townships in South Africa.

Interests/hobbies: I have always enjoyed cycling and the sense of freedom it gives. I race in a sponsored bike team, so my Saturday mornings are often filled with hundred mile training rides. I have more recently started running, however I am yet to be fully converted! I also used to swim competitively when I was younger, so dream to complete a full “Iron Man” race by the age of 30. 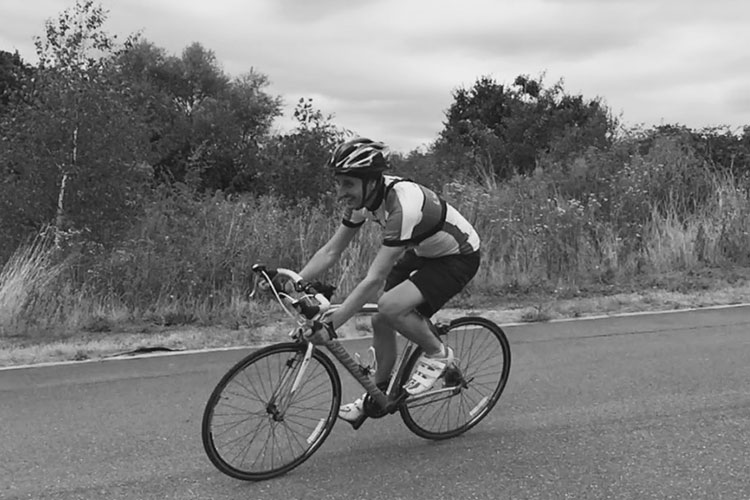 Job role: To lead on the development and oversee the delivery of energy bureau services.

About me: I enjoy keeping fit and active with various sporting activities, from leisurely golf to pounding the pavement on my early morning runs. I enjoy all sorts of music festivals and travelling in and around Europe and have a trip planned this year to visit 7 cities in 14 days with a music festival in Budapest at the end. I enjoy reading, cinema and most recently volunteer for Saint Johns Ambulance.