Hastings Borough Council wanted to meet their environmental objectives, save money and make Carlisle Parade car park a safer and more welcoming place for visitors. Take a look below at how they did it.

Hastings Borough Council is the Local Authority responsible for delivering public services to Hastings and surrounding areas. Hastings is a popular seaside resort on the south coast in East Sussex.

In 2010 Hastings Borough Council published their Environment Policy, concentrating on six key areas, including ‘optimising the use of resources’, and ‘developing the low carbon economy’, both of which LASER’s LED Lighting team were able to help them with. Of concrete construction the Carlisle Parade car park was built in 1931 and formed part of the regeneration of Hastings that was undertaken back in the 1930s. It was this area that the council wanted to focus on first.

The challenge for Hastings Borough Council was to meet their environmental objectives, save money and make Carlisle Parade car park a safer and more welcoming place for visitors to park.

Hastings Borough Council learned about the LED lighting framework at a LASER customer meeting. They expressed an interest in accessing the framework and LASER surveyed various sites across their estate, including Carlisle Parade Car Park.

The Car Park was quickly identified as an ideal place to install LED lighting and was the first area to be taken forward. It is underground so lighting was in use constantly during its operating hours; 17 hours a day, 7 days week.

The existing lighting design did not offer a good distribution of light resulting in areas left in shadow and giving the car park an unwelcoming appearance.

LASER surveyed the car park and recommended new LED fittings and a change to the existing lighting design, by switching the orientation of some fittings by 90 degrees to increase light coverage. This removed areas of shadow, improving the safety for members of the public, and giving the car park a brighter, more welcoming feel.

Works were carried out during the day by blocking off areas of the car park, allowing members of the public to access areas not being installed that day, and thereby minimising disruption as much as possible.

By replacing the existing lighting with LED it was predicted to save 141,770 kWh each year, equating to an annual electricity expenditure reduction of £15.5k.

Hastings Borough Council are delighted with the LED lighting installed in Carlisle Parade Car Park and the savings it will generate moving forward. It is bright and welcoming for members of the public and the new design has banished shady areas previously present, making it feel safer. The project was completed quickly with minimal disruption and the contractors were polite, clean and tidy.

A new design incorporating 222 LED light fittings was installed over a three week period during June 2017. The car park is now brighter, with a more even distribution of light, giving it a more welcoming and safer feel. It is estimated that the car park lighting will pay for itself through energy savings in 2.6 years. 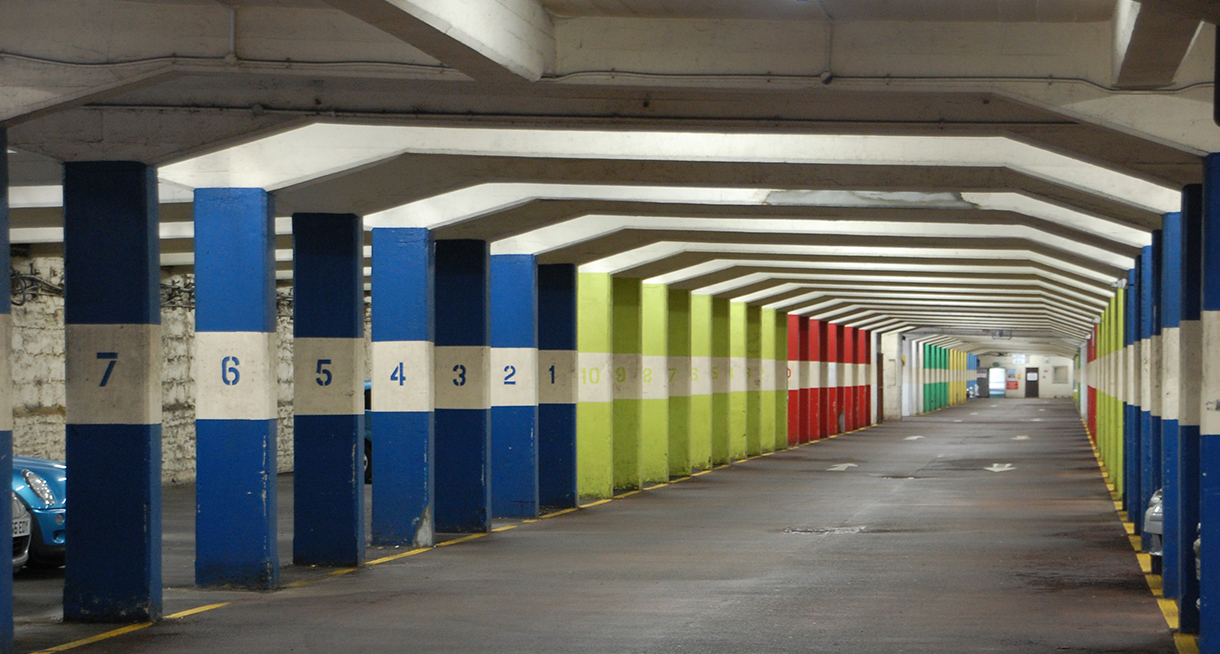 As a regular visitor to Hastings, I’ve parked in Carlisle Parade on a number of occasions. The difference after the LED Lighting installation was amazing; the brighter lighting made the whole car park more welcoming. I’m proud that Hastings Borough Council and LASER could work together to achieve this outcome.

Want to explore what LED Lighting can do for you?

You can take a look at our LED Lighting services here or if you'd like to speak to a member of our team, do get in touch with us.